OJL distribution blocks are designed to be used when distributing power to several smaller wires. In all models, one input conductor can be installed, whereas the number of output conductors is six (6), seven (7) or 11 between the connector models.

The material of input cable can be aluminium or copper. Output wirings can be only done with copper conductors.

Ask for OJL-connector 3D-models made for electrical designing from our support! 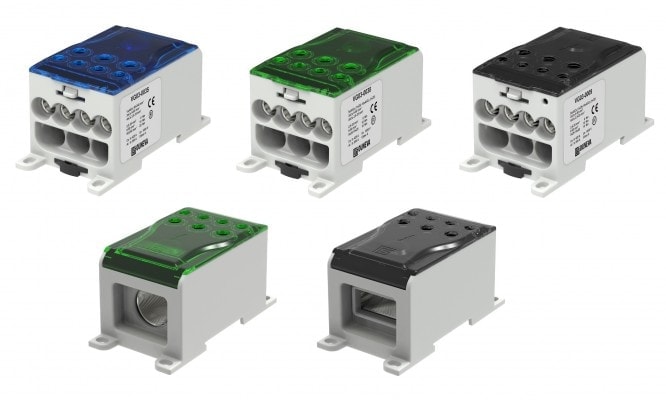 OJL 400 FBB and FBB S distribution blocks represent an option for using flexible busbar as input. 400 C and C S versions in turn offer a input for aluminium or copper cables with cross section range of 95-240mm2. 400 FBB S and C S models also include an option for cover sealing. 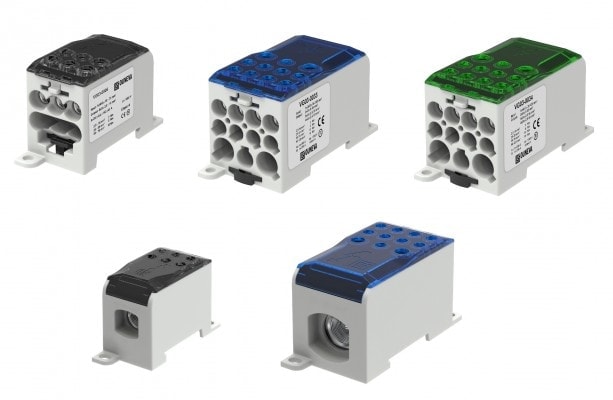 Busbar adapters are used for connecting OJL connectors to copper or aluminium busbars. Adapters are made of tin plated copper.

Other products in the same category:

Didn't find the product you need?

You can also search for products:

You can search with STK code, product code or product name for example.